Heaptalk, Jakarta — Insignia Ventures Partners announced to attain a capital of US$516 million in its latest fundraising. The Singapore-based venture capital firm is going to invest the fresh fund into early-stage technology startups in Southeast Asia.

The capital includes US$388 million for the central fund IVPF III, US$28 million for an Entrepreneurs’ pool that invests alongside the primary fund, and Annex Fund I at US$100 million. Like the prior funds raised by the Southeast Asia-focused early-stage technology venture capital firm, Fund III was oversubscribed and reached its hard cap for limited partner commitments.

However, his party has realized that smaller and tighter funds will earn better. Tan further recorded that when they were obtaining the initial capital of US$120 million, the limited partner was initially skeptical of whether Southeast Asia was sufficiently large and addressable.

He added, “We see a once-in-a-decade opportunity to capture outlier returns, as the winners become clear when the tide goes out. Also, Winners could not be defined by valuations and scale but are ultimately companies with sustainable unit economics and concrete value creation. An excellent balance between speed and endurance determines our explorations for outlier returns,”

Five Years of Building Great Companies is Just the Beginning

Following the growth wave of investment activity in the region with a maiden fund of US$120 million, this venture capital firm has left its badge on the region’s rapidly evolving tech markets by becoming the early institutional investors in a vast majority of its backings. Then in 2019, the company announced to raise Fund ll of US$200 million.

Over the past five years, Insignia Ventures’ approach has been identified by backing unstoppable founders, establishing market leaders, or outsized impact makers on how millions across Southeast Asia and beyond grow their business.

The firm’s enterprise value has recorded a valuation of over US$46 billion, with an invested capital of US$304.9 million on a ratio of less than 2%. The Insignia Ventures’ portfolio companies also successfully attracted US$7.7 billion in follow-on funding. With this incredible progress, Tan perceives this accomplishment as the tip of the iceberg regarding how much more tech market creation can come out of the region.

“We are proud of the impact created by our portfolio companies and pleased to have been partnered with them since their early days, going through the trenches of growth with them and witnessing firsthand how they have shaped Southeast Asia’s digital economy. Nevertheless, this journey is still the beginning for us and the early days of digitalization in the region. We believe many more opportunities exist for such companies to emerge in Southeast Asia,” Tan said.

Among these opportunities, the firm intends to be more aggressive in the “next decade sunrise sectors” in several sectors, including web3, climate tech, healthcare, and agriculture. Tan affirmed the impact of the biggest companies out of Southeast Asia in the past decade would be surfaced-level, compared to the effects of market makers of the next decade.

“There is understated but critical alignment between the solutions coming out of these areas and long-standing problems in the region from end-to-end food sustainability to trust with institutions. The solutions cannot be solved by technology startups alone, and these sectors themselves may still be early. However, the right founders matched to the right problems can move the needle, and that is precisely why we cannot waste a minute in this “golden hour” to support them.” Tan in his statement. 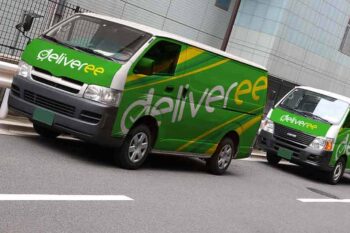